Jen started working with The Kids’ Place as a greeter after the death of her infant son in January 2006. She has been in her current role as ministry leader for the past 5 years. Jen is an electrical engineer that works with Northrop Grumman. She has 4 young children and has been married to her husband, Josh, for 14 years.

Jen attends Edmond Church of Christ and feels blessed to be able to help families who are journeying through grief. She believes that The Kids’ Place has been a gift in her life, and has aided her own walk through loss. 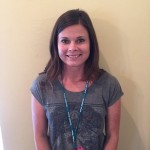 Kacy has been volunteering with The Kids Place since 2012. She serves as a facilitator for the “Younger’s” group. Kacy loves being with the kids and feels blessed to be a part of The Kids Place. Kacy and her husband Clint have two boys that keep them very busy.

They are members of the Edmond Church of Christ. Kacy works part time as a sonographer (Ultrasound). She enjoys spending time with her family and friends, reading, traveling, and gardening. 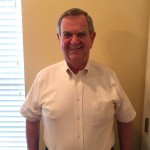 Rich Walts is a former Fire Chief, EMT, law enforcement officer, Field Agent for the State Fire Marshal, and was in the Air Force for over 6 years during the Vietnam era flying on a rescue helicopter crew.  Rich has been at the Kid’s Place for over 12 years as facilitator in the “middles”, the “olders,” and currently with the adults.

In his career he has seen the loss of many individuals to include family and friends, even having to providing death notifications to the deceased family.  He also served on a Critical Incident Stress Debriefing team assisting with assistance of first-responders after the Murrah building bombing.  Rich is married and has one son and daughter-in-law. Rich’s ability of listening and responding to comments is noteworthy.

Our children will remember your care and friendship their entire lives. We are indebted to you all, and pray that your journeys through life will be blessed.

- A family saying goodbye to us
I don’t know what the answers are. I don’t even know what the questions are! But, I do know that if answers exist, they are here.

- One man in the Adult group
They feel safe and comfortable in opening up, where at home I think they feel like they have to be really strong for me. They’re afraid to tell me how they feel, because they don’t want to put anymore burden or grief on me.